In December, the Telford based sports contractor aerated all fairways and roughs of both of Sundridge Park Golf Club’s 18 holes championship courses at Bromley, Kent back-to-back.

“We’ve been systematically adding to our fleet, investing in machines when we can, always favouring the XD for its versatility.” said Dave Harvey. “We started out with just two 1.6 m machines, and when they proved themselves, we added a 2.1 m and then another 1.6 m giving us four. Throughout 2015 we did well with four and got into a rhythm working them in pairs often doing a course in a day.  We have repeat clients at Drayton Park in Taunton and Oswestry GC,  for example, who like that we can come in on a quiet day, normally a non-society day, agree depths and heave with the course manager, and then be gone before darkness falls.  In the summer, we took on a fifth XD – another 1.6 m – and that’s just made it easier.  It would be impractical to have the machines operating in a linear fashion, so normally I deploy two each of the 1.6 m XD’s to a hole with the 2.1 m Terra Spike working on a third fairway.

“We charge clubs the same price for five machines in one day as us having one machine operating for five days and word is beginning to travel that ours is such a unique service.  At Sundridge Park we only disrupted one day’s play and tined all the fairways and majority of the rough on both courses down to 230 mm with ten degrees of heave.” 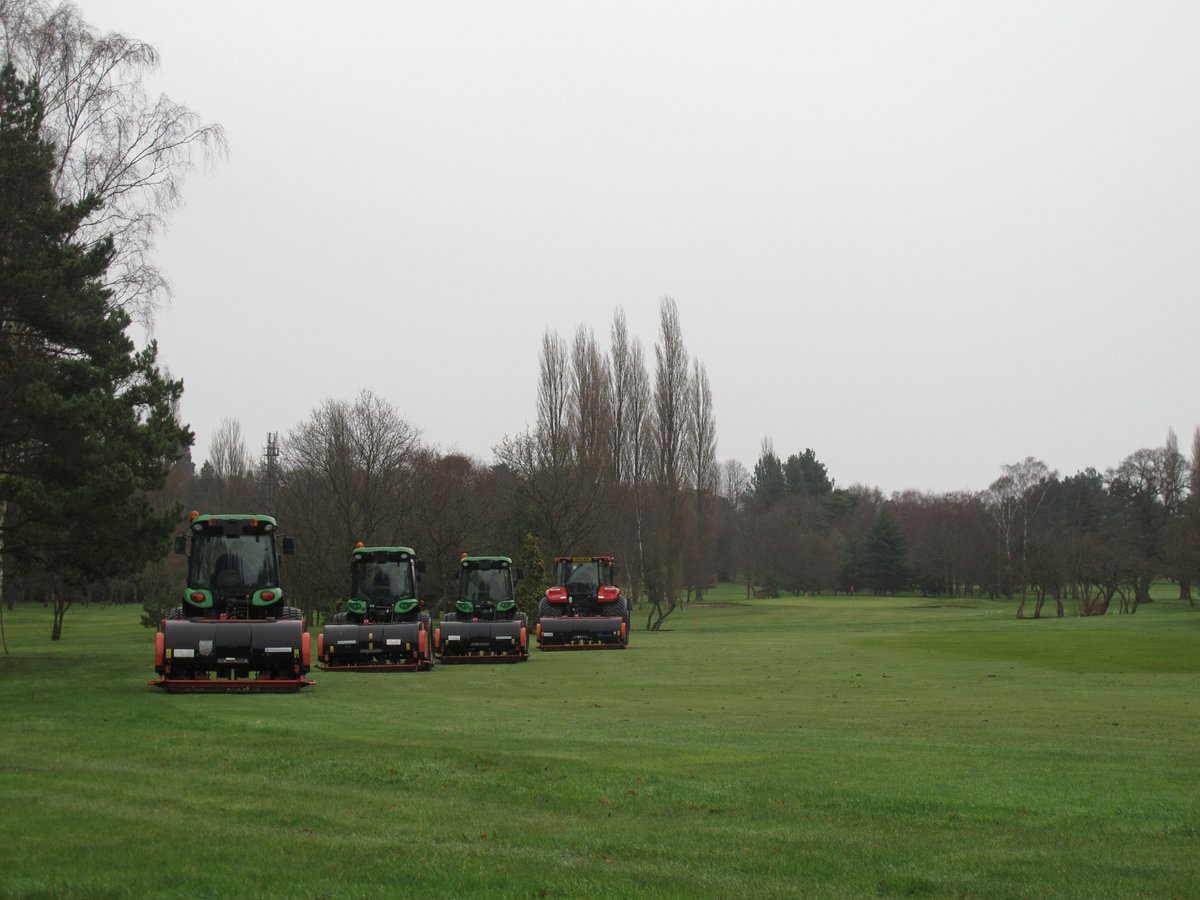 Sundridge Park’s Course Manager, Paul Rudkin said:  “With Dave and his team we know we will get the best professional job done in a very short space of time.  ALS had to work with really hard ground conditions, but they did the neatest of operations.  My team followed up with the fairways mower for a quick tidy up, which wasn’t really necessary, but we were back in play the next day and delighted with the result.  I can’t recommend this way to go highly enough and we’re booked in again already for next year.”

Wiedenmann UK’s Sales Manager, Michael James said: “The XD is a perfect contractor machine because it combines depth and speed, yet all the time remaining smooth, which is important for the operator.   Working at around 5 km/h it covers large amounts of ground quickly while tining effortlessly down to 275 mm. Setting heave is literally a turn of a handle.

“However, what marks this feat as special is that ALS has consistently invested in top machines adding to their fleet over time. It’s unusual for anyone to have as many aerators together, often you would only see five working Terra Spikes at a Wiedenmann Open Day. It shows ALS’s real commitment to customers and aspiration to do a good job every time. But it’s also about investing in people. The team operating are all highly skilled and working in tandem, with up to four colleagues to do a whole golf course in a day is a fabulous result for the club.”

To find out more regarding the services on offer from ALS Contracts, visit their website at www.alscontracts.co.uk